I had small bookkeeping business in Toronto for a few years so when I moved up to cottage country I morphed it into Virtual Assistant services for multiple small business clients.  I  created and managed their blogsites, social media accounts and produced video for their YouTube accounts.  After a few years  I decided to get off the chair and spend more time 'moving' in the organic world.  I made sure my clients were covered and then other than a few friends, I shut my VA services down and increased the locations of my Ballroom & Ladies Latin Dance classes. 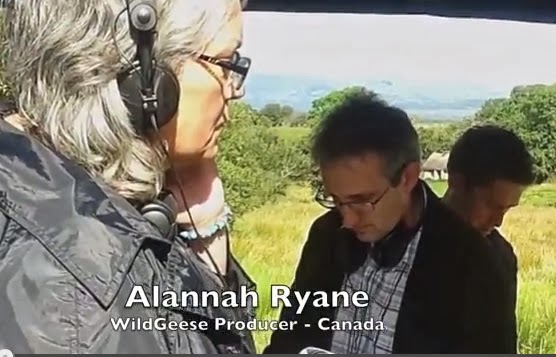 I also finally went to Ireland as a 60 yr old backpacking senior citizen, living in hostels, eating from the dollar store and subway restaurants, and making promotional deals for my client TheWildGeese.com.  WG asked me to visit the set of Ken Loach's new film 'Jimmy's Hall' which was in the beautiful County of Sligo on the Leitrim border, which is also Druid territory so this was an easy decision. I shot a video with my phone of my interview with screenwriter Paul Laverty.

As the former Social Media Manager and Video Producer for The Wild Geese I made a lot of contacts in Ireland that I was excited to finally meet in person and who also turned out to be the most amazing tour guides.  I am posting my stories, photos and video of my journeys in Ireland on my Wild Geese Blog with a focus on the joys of traveling using 'intuitive synchronicity'.