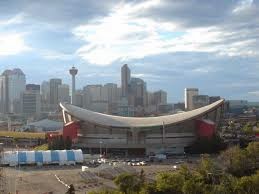 When I read rumors that the Calgary Flames were looking at plans for 'possible' new venues and may leave the now "Scotiabank Saddledome" I couldn't help but  flashback to my '80s music days in Calgary.  I will never forget the look on my husband's face when he told me his music promoting colleagues asked him "Was that your wife that wrote this article on the Saddledome?"


Having worked behind the scenes for Ken Cooper of Calgary's Brimstone Productions in the '80s (my husband and then ex before I changed my name to Alannah Ryane...another story )from cooking vegetarian meals for  Judy Collins, working security for the Eagles, driving for Karla Bonoff during Meatloaf's 'Bat Out Of Hell' tour,  fielding phone calls from Bruce Allen, Valdy &  Long John Baldry to taking Supertramp horseback riding in Banff...I learned a lot! 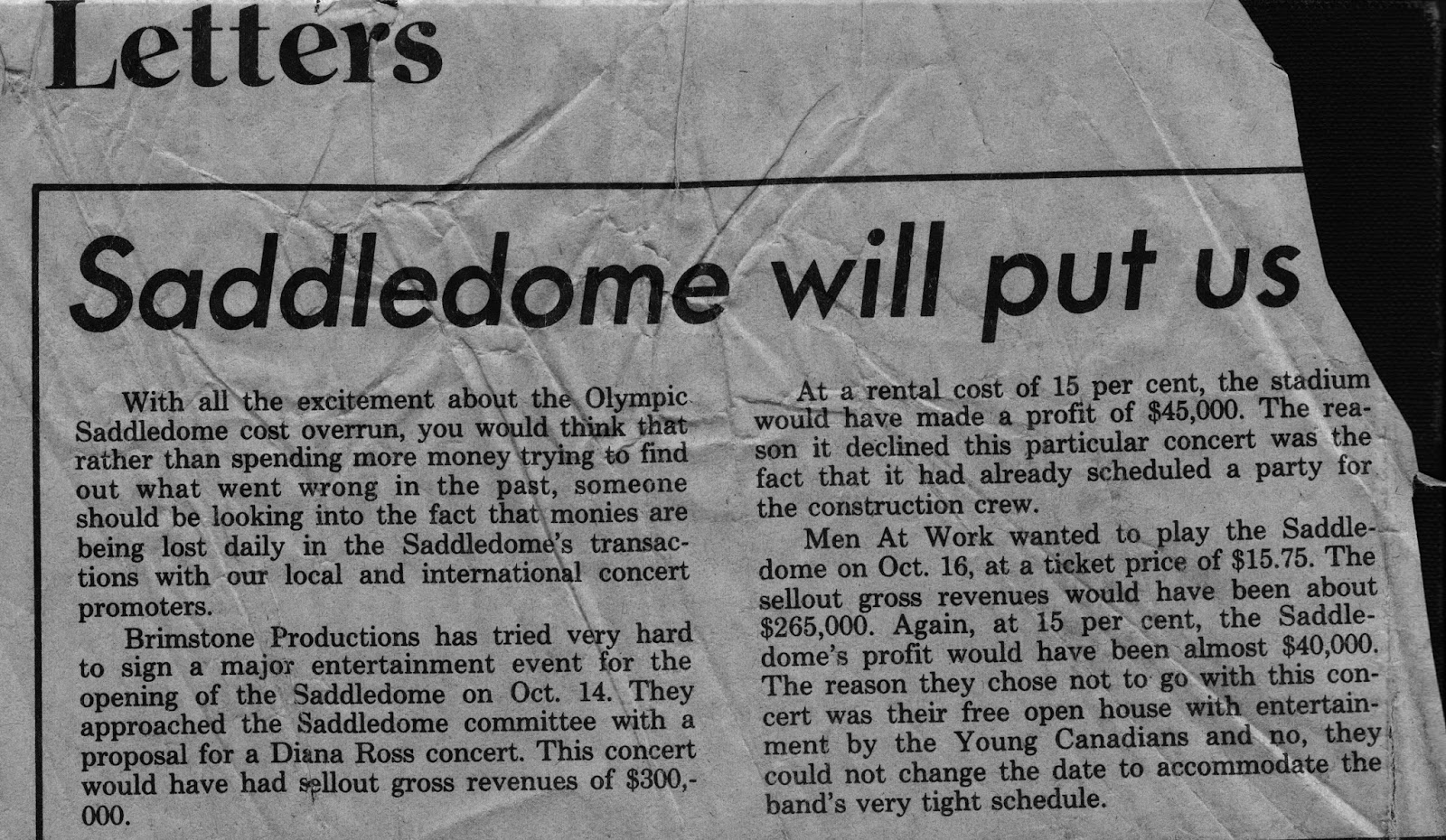 When the Saddledome was built, the international music industry, Canadian promoters & especially Brimstone Productions, were very happy.  Finally, a large indoor venue in the middle of Canada to complete the East/West tours! 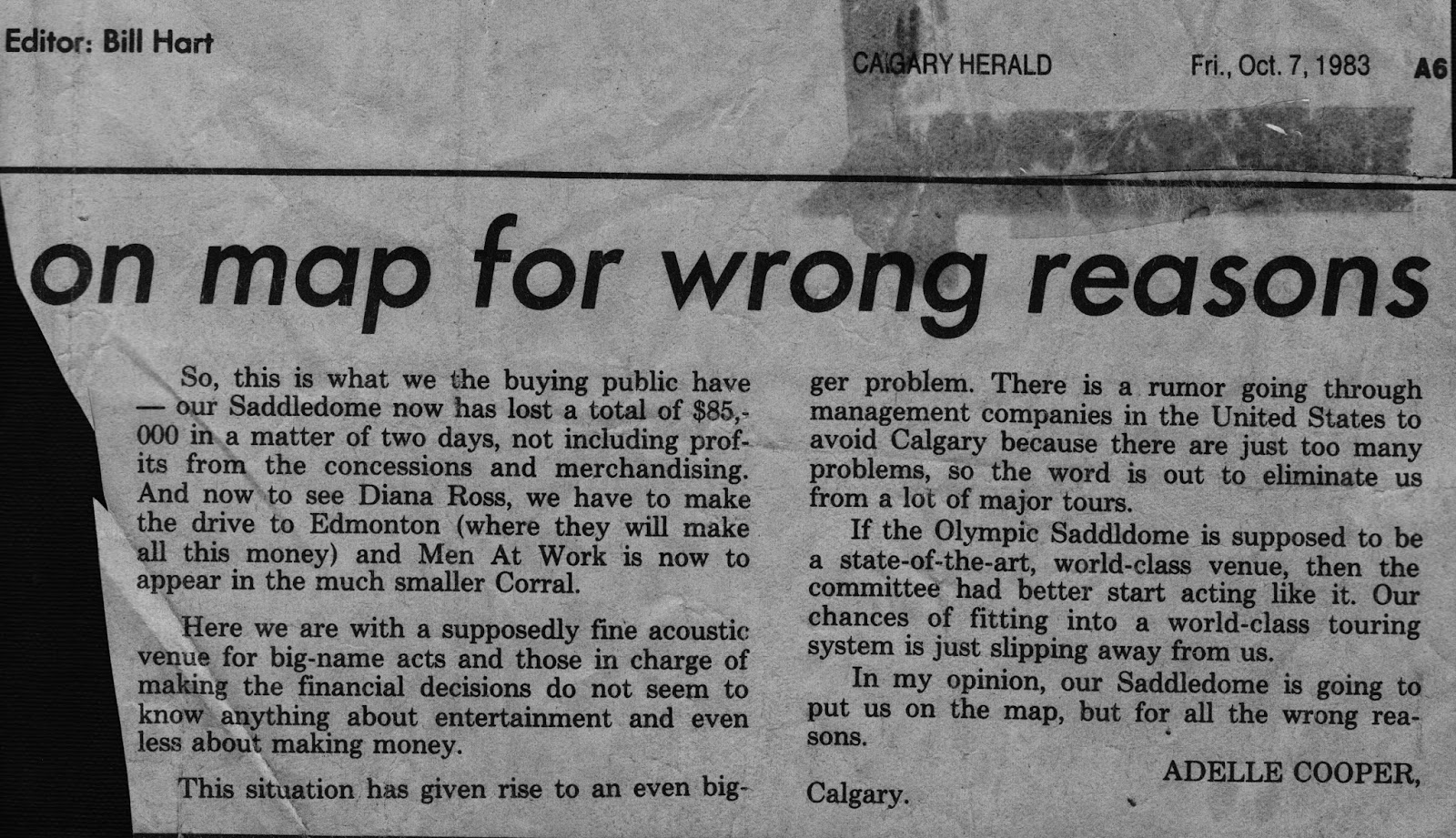 Brimstone was lining up major acts to open the new stadium when they heard the powers that be were going with a small local free concert and then another small concert with  WWII singer Vera Lynn.  The promoters right across Canada were now ...not happy.

As usual I couldn't hold my tongue.  One month after my 'letter to the editor' appeared on the 2nd page of the Calgary Herald, the Moody Blues were the first musical act booked at the Saddledome with Stevie Ray Vaughan November 1983. 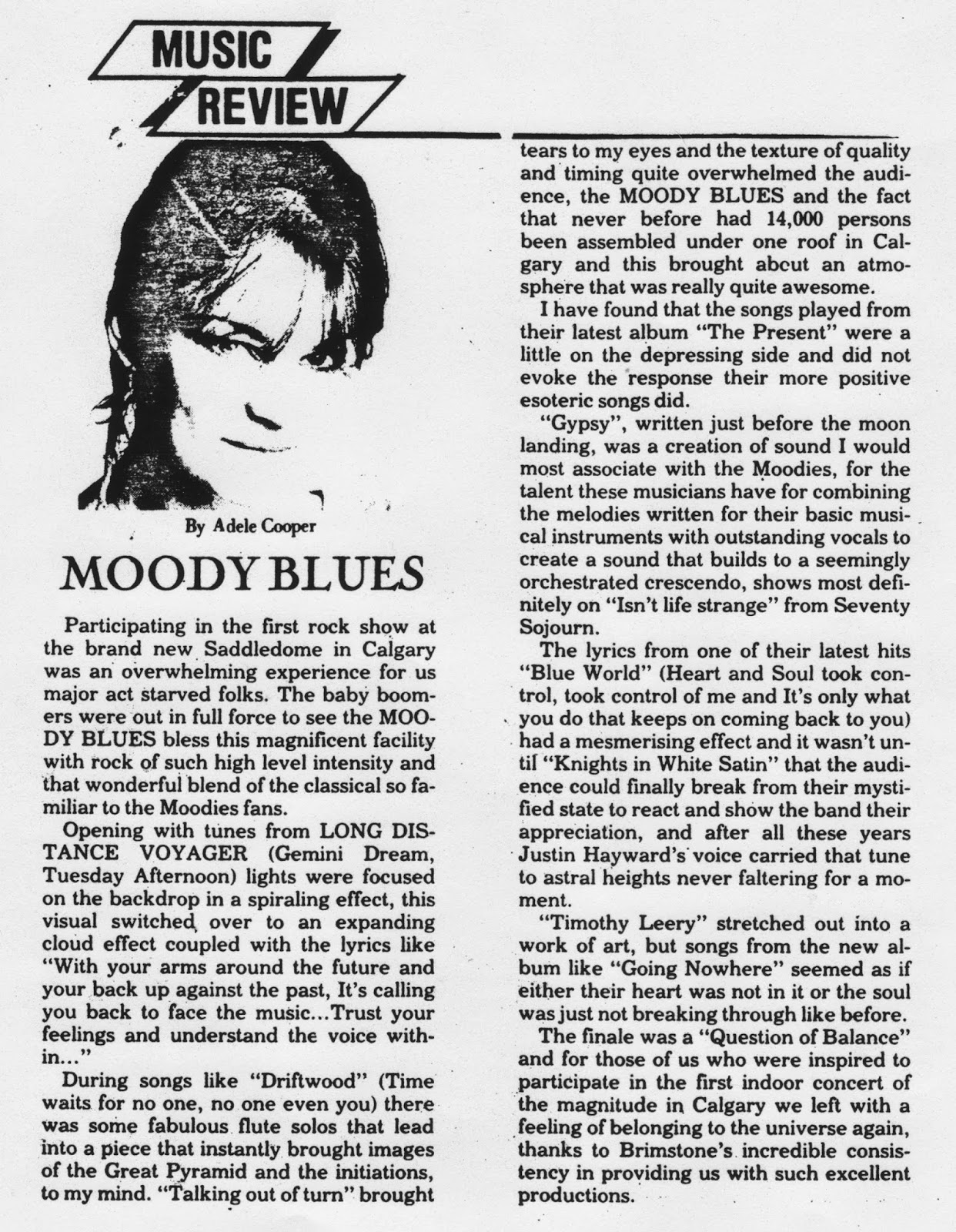